Home / Dog Blog / 8 Reasons Why Dogs Are Not Pack Animals Here are all of the dog aggression equipment, collars, harnesses and pet products that we recommend

Check out our dog training Los Angeles and Southern California services or our phone and video consultations to get help from anywhere in the world!

How many times have you heard that dogs are pack animals?

Misinformation such as this is propagated by autodidact reality television show hosts and “trainers” who don’t understand and are confused about pack animals and canine behavior. The term “pack animals” is used so often that most people don’t question it. It is ingrained in our social lexicon and used incorrectly.

Dog behavior is a science. Cultural fog is deep surrounding some notions such as dogs are pack animals, dominance aggression, you must be a dog’s alpha and dominance theory.

However, dogs are not pack animals, wolves, or carnivores, trying to be your Alpha, or attempting to dominate you. Start here for more information on how to train a dog and puppy without dominance, force, or being a dog’s alpha nonsense.

Is Your Pet The Alpha Dog?

Let’s examine the evidence and see what science has to say. Veterinarian behaviorist, Dr. Ian Dunbar has called dogs “loose, transitory associations” rather than packs. However, family members are much more appropriate. Just as I wouldn’t call my son, daughter, or family member submissive/dominant to me any more than I would claim they are members of my pack. They are members of my family. Regardless of similar DNA, dogs are not wolves just as even though we share nearly identical DNA, humans are not bonobos or chimpanzees.

I will cover domesticated dogs, not wolves, wild canids, or free-ranging wild dogs, however, it is important to mention wolves because most antiquated theories about domesticated dogs are derived from people’s misguided connection between dog and wolf behavior. Families living with dogs do not constitute pack animals (sorry Cesar Millan) nor should they be treated that way. Contemporary Certified Dog Behaviorists, experts, professionals, and scientists refer to dogs as family members.

Yes, some dogs are bred specifically for hunting with people, and may even retrieve, but even these dogs are not killing prey three times their size. In addition, dogs that would or actually could take down prey are the overwhelming minority. But in the United States and most of the Western world, dogs are not self-reliant and their survival mechanism has long been bred-out of their DNA. Many breeds can’t even procreate on their own without human intervention, nevertheless hunt!

Dogs are completely dependent upon humans. This is exactly what I explained in my interview with The New York Times – Wirecutter, why not to use an automatic pet feeder instead of hiring a competent pet sitter or a luxury dog boarding facility when going on vacation. Dogs are dependent upon people for survival and health. Dogs are not pack animals, wolves, carnivores, or self-sufficient hunting machines. Some people think that dogs are carnivores, however, they are not, dogs are omnivores, foragers, and scavengers but in most cases would die on their own or live much shorter lives. 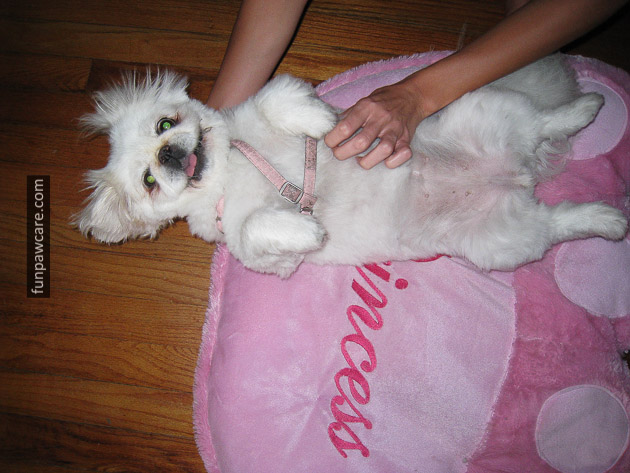 I don’t fight off anything

What is optimal for a dog is not typically a profitable, scalable business model. Dogs have a plastic social phenotype that varies greatly based on the social environment. Also, pet dogs sure love people, dog toys and even playing by themselves at times. Your dog likely loves all types of dog toys. And if your dog isn’t interested in toys, here’s how to help your dog rekindle their love for toys. Especially food extracting toys. Rejoice, your dog will love toys again!

Debunked. It is tempting to use terms and claims we hear on TV or from neighbors and interpret them as science, but the notion that domesticated family dogs are pack animals is not only incorrect but confers other vagaries as well. To draw an oversimplified generalization based on the misguided “wolf is a dog” notion, is archaic and as silly as it is to say a “chimpanzee is a human.”

People are not chimps and dogs are not wolves, alpha, or pack animals.

Here are all of the dog aggression equipment, collars, harnesses and pet products that we recommend

Please support us by sharing/following

Home / Dog Blog / 8 Reasons Why Dogs Are Not Pack Animals